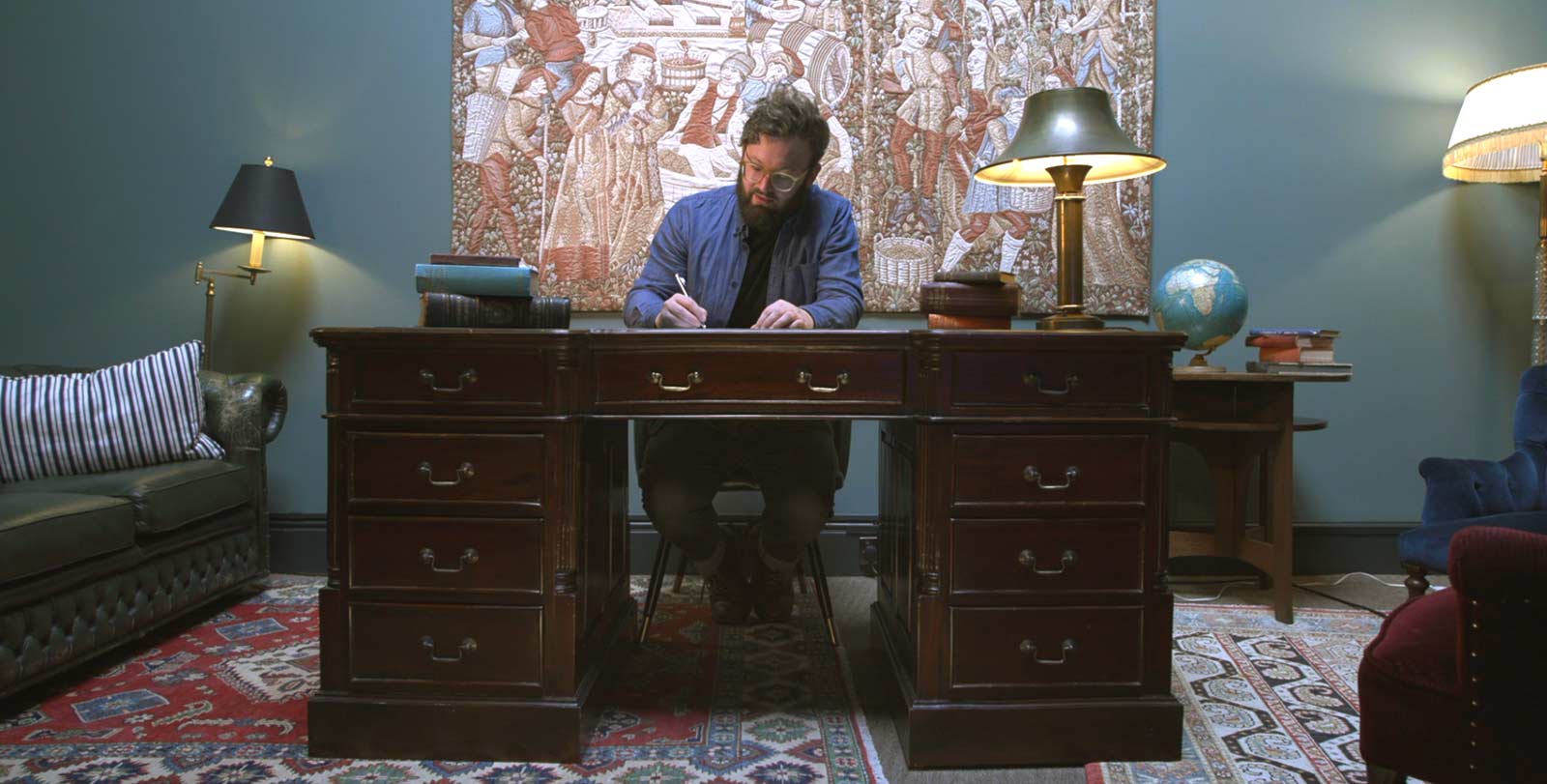 Travels Through the History of English Poetry

Open to everyone – whether or not you know your Wyatt from your Keats, or your Shakespearean sonnet from your satire. This series explores some of the greatest poems in the English language, selected from across more than 600 years of works.

Dr Ben Hickman, senior lecturer at the University of Kent, is our guide for the journey. He'll steer us through interpreting each of his selected poems, and the different poetic genres they represent.

Join him each Monday for a new 10-minute masterclass, or revisit earlier favourites in the online library.

For this Introduction to Poetry series, the task of choosing ten works by ten poets was both daunting and exciting. Where do you start, and finish, and why?

To narrow things down, I’ve chosen ‘lyric poems’ – that is, short and expressive ones. The English lyric poem is also one of the richest artistic traditions in the world, so we can look at some of the greatest imaginative objects in the language.

It’s also the perfect place to start because we can tell a story of the whole tradition of English poetry through it. Let’s consider this the official story, the canon, the authorised version. What they used to call The Greats. Starting with the sixteenth-century origins of the English poem (Sir Thomas Wyatt) and finishing in the early 20th century just before the Second World War (Stevie Smith), just before modernism makes everything more complicated.

And as the theme for this series is ‘Travels Through the History of English Poetry’, think of this selection also as a journey where we stop off at significant points through 500 years, but each stop is connected to the previous and the next. The tradition of English poetry is such an institution that these poets are not only students of the previous poet, they are also speaking directly to them. On this tour we’ll see a variety of forms, and how certainly forms have changed – we will see, for example, how the sonnet has evolved and been moulded through the centuries of this journey.

There are some dominant themes – love, religion and spirituality, satire, nature. And crucially, English poetry has been central to how we think of ourselves as ‘individuals’, as people with an inner life and subjectivity.

I hope you enjoy the journey.

Sonnet 27: Weary with toil, I haste me to my bed
by William Shakespeare, 1609

Weary with toil, I haste me to my bed,
The dear repose for limbs with travel tired;
But then begins a journey in my head,
To work my mind, when body's work's expired:
For then my thoughts (from far where I abide)
Intend a zealous pilgrimage to thee,
And keep my drooping eyelids open wide,
Looking on darkness which the blind do see:
Save that my soul's imaginary sight
Presents thy shadow to my sightless view,
Which, like a jewel hung in ghastly night,
Makes black night beauteous and her old face new.
Lo, thus, by day my limbs, by night my mind,
For thee, and for myself, no quiet find.

After Sir Thomas Wyatt (see poem 1 in this series) reinvented the Italian sonnet for the English language in the early sixteenth century, it was William Shakespeare who really established it as a recognisable art form. Writing 154 of them, which were all published in 1609, his characteristic structure and rhyme scheme became known as the ‘Shakespearean Sonnet’ and helped to establish the early seventeenth century as the golden era for the English love sonnet.

Dr Ben Hickman is Senior Lecturer in Modern Poetry at the University of Kent, and supervises PhD work in post-war British and American poetry. He is also Director of the Centre for Modern Poetry. He has published a variety of research and writings on a range of English and American poetry, from John Donne to Frank O’Hara. His books include John Ashbery and English Poetry (2012), and Crisis and the US Avant-Garde: Poetry and Real Politics (2015), both published by Edinburgh University. His new book, Labour and American Culture, 1930-2020 will be released with Palgrave MacMillan next year.