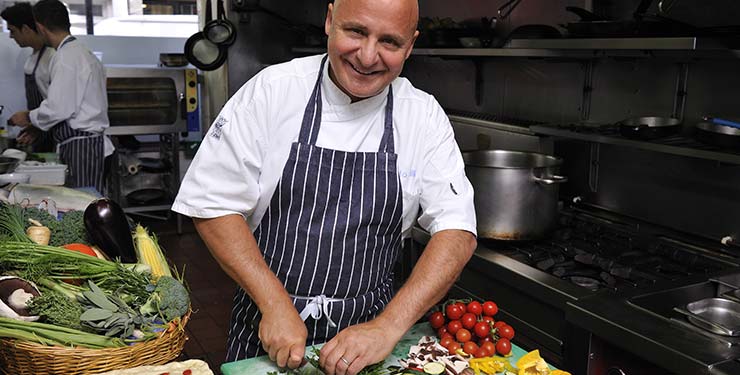 Aldo Zilli is an award-winning celebrity chef and restaurateur who specialises in Italian, vegetarian and seafood cuisine. He has been a strong supporter of a number of charities over the years and in early April this year he cooked more than 50 pizzas for NHS nurses & doctors of East Surrey Hospital, Redhill.

Aldo's great food and exuberant personality means he appears regularly on television and radio both as a presenter and chef.

In this exclusive video series for Saga's Not Going Out Club, Aldo will be sharing tips, recipes and cooking experiences. Catch the episodes below and get stuck in!