Bridge – Maximising plus scores and minimising minus scores 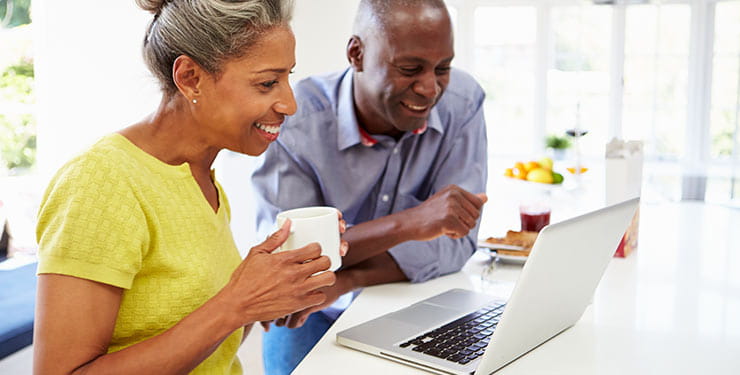 Top tips for maximising and minimising your Gentle Duplicate scores.

Saga Gentle Duplicate gets you into the key mind-frame for the competitive version of the game. Each deal is a new and completely independent challenge. Your aim is to score as high a plus score as you can manage, or as low a minus score.

Maximising your Plus Score

Play in a major suit, rather than minor suit; play in a no-trump contract, opposed to a major-suit contract. Take these two hands for example:

Because West has no shortages, she should definitely rebid 3NT. If East’s hand contains a singleton or a small doubleton, she will take the contract back to 4H. But, here, East’s hand is balanced also, so she passes 3NT. North leads 5♠ and West will make two spade tricks, four hearts tricks, one diamond and three club tricks = ten tricks for 3NT+1.

At any form of the game other than duplicate bridge, that would make no difference but, at Duplicate scoring, that 10pt improvement for being in no-trumps will score you a significant amount more once everyone has played the hand.

Minimising your Minus Score

When you hold very poor cards, it is often inevitable that your opponents will make a contract and you will get a minus score. What is not inevitable however, is how big that minus score might be. If you can lose fewer points on the deal than others playing the same hand in your position, you will do well.

East has been pretty aggressive overcalling 2C initially. Can she bid on again over North’s bid of 4S?

Reasoning that N/S hold nine spades between them, as East holds three spades, it is reasonable to assume that West has a singleton. On that basis, it looks like 5C will not fail by more than two or three tricks, and East should bid 5C.

So, here, for East to bid 5C is the perfect “sacrifice” – bidding a contract that you know will fail but which will cost you less than leaving the opponents to make their contract. Look for these opportunities particularly when your opponents are vulnerable and your side is not.