The hidden gems in Green Spain

5 Star Defaqto rated travel insurance for over 50s with no upper age limit.

Get a quote
More information

Forests, mountains, meadows, gorges and a spectacular coastline with rugged cliffs, rocky coves and sandy bays – see another side of Spain when you travel through Galicia, Asturias, Cantabria and the Basque Country. The area gets more rain than the rest of the country, hence the nickname Green Spain, but July and August when the weather is at its warmest and sunniest is the perfect time for a Spanish sojourn.

You’re spoilt for choice on the Atlantic coast – there are long sandy bays with rollers big enough to tempt surfers and body boarders, sheltered coves and tranquil lagoons. The best beaches are west of Santander but the one thing the beaches do have in common is that they’re far less crowded than their southern counterparts.

The Picos de Europa mountain range is stunning – it runs parallel to the coast and its steep craggy peaks have gorges, rivers and lakes to explore. More than 600km2 of the range is a national park and home to Cantabrian brown bears, Iberian wolves and golden eagles. The most popular walk is along the dramatic Cares Gorge, which separates the central and western parts of the mountain range.

Thanks to the proximity of the ocean and the mountains, it’s no surprise that seafood dishes and hearty stews are regional specialities. But there are also many regional cheeses to try, including Queso de Cabrales, aged in caves in the Picos de Europa mountains. Gourmets will probably already know that the Basque Country is foodie heaven, with more than 30 Michelin-starred restaurants.

The white wines are wonderful – Albariño, Ribeiro and Godello are a trio of whites from Galicia and make perfect partners for seafood. Or try a sidra (cider) from Asturias, but don’t try to pour it yourself – waiters traditionally serve small amounts at a time, poured at arms’ length into a glass held at a 45 degree angle – phew!

Get a Travel Insurance Quote

5 Star Defaqto rated travel insurance for over 50s with no upper age limit.

Get a quote
More information 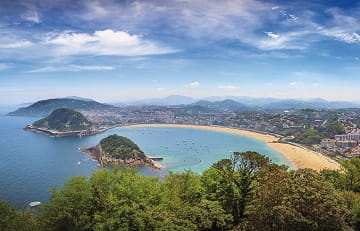 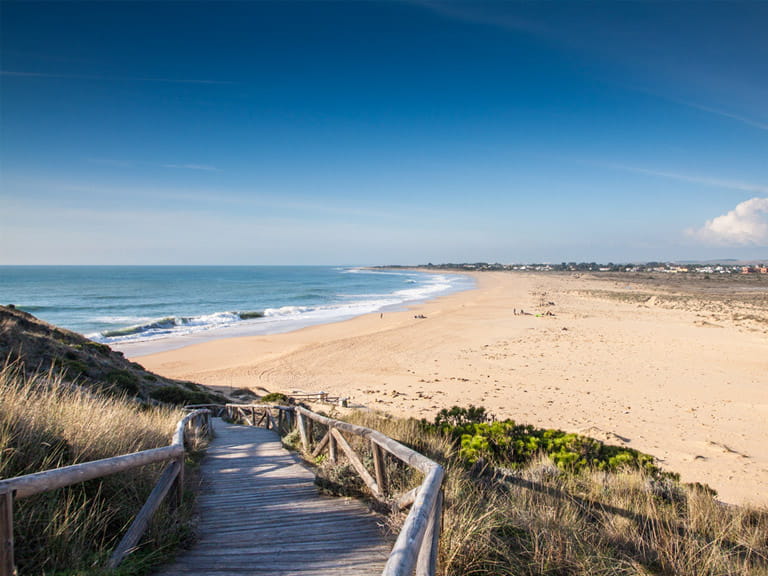