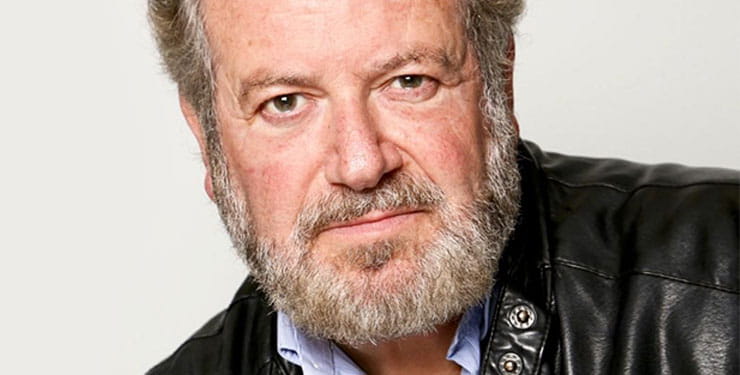 It's the second session of Sue Jenkins and David Fleeshman's workshops

In this acting class for the #notgoingoutclub, Sue Jenkins & David Fleeshman show you how to create a living, breathing character. They discuss the techniques involved, before setting a task to help you practice and perfect them.

While method acting is similar to Stanislavski’s system, Lee Strasberg took the idea a step further. Strasberg’s method requires actors to go beyond emotional memory and use a technique called “Substitution” to temporarily become the characters they are portraying. Method acting dictates that actors should prepare for a role by immersing themselves as much as possible in the circumstances/emotions of their characters.

(Simon is speaking to his mother)

Simon: Do you remember once I came to Italy, on my own? I was eleven. You were supposed to pick me up in Genoa. But, you never made it.

I remember all the trains had come in and I just sat, waiting to spot your face in the crowd. It must have been 1am and I was lying on a bench when this man approached me. He asked me if I was all right? I said I was waiting for my mother but she would be there soon. ‘Why don’t you come back to my house for some food? He said. You can rest; I’ll bring you back in the morning.’

I knew it was wrong but I followed him; thinking – ‘this’ll really show her.’ We walked through the streets of Genoa until we got to this building. His flat was at the top. He gave me wine and made some joke about not telling my parents and I could feel the wine whooshing round my head. I asked if I could use the bathroom. I remember the light was very weak, so when I looked in the mirror, I could only just see my face. I stood there, staring at myself, wondering why you hadn’t shown up.

And then… I tried to open the door but it was jammed. I thought it had been locked... but then I managed to pull it open. After we’d eaten, he took some sheets out of a cupboard, turned the sofa into a bed for me and said in the morning, he’d walk me back to the station. I can’t get that night, out my head. I keep thinking of myself trying to find my face in the mirror of that dim-lit bathroom, that dark building, that foreign city. Where were you Mother? Where were you?

(Shirley is alone and talking to ‘the wall’)

Shirley. What happened? Who turned me into this? I don't know this. Do you remember her wall? Remember Shirley Valentine? She got married to a boy called Joe an' one day she came to live here. An'- an' even though her name was changed to Bradshaw she was still Shirley Valentine. For a while. She still... knew who she was.

She used to... laugh. A lot. Didn't she? She used to laugh with Joe - when the pair of them did things together, when they made this kitchen together an' painted it together, remember wall? Remember when they first painted you an'- an' the silly beggars painted each other as well. Stood here, the pair of them, havin' a paint fight, coverin' each other from head to foot in yellow paint. An' then the two of them, thinkin' they were dead darin', getting' in the bath - together. And the water was so yellow, that he said that it was like getting' a bath in vanilla ice-cream... And Shirley Valentine washed his hair... and kissed his wet head... and knew what happiness meant.

What happened wall? What happened to the pair of them - to Joe, to Shirley Valentine? Did somethin' happen or was it just that nothin' happened? It would be... easier to understand if somethin' had happened, if - if there was someone to blame. But there's nothin'. They got married, they made a home, they had kids and brought them up. And somewhere along the way, the boy called Joe turned into 'him' and Shirley Valentine turned into this and what I can't remember is the day or the week or the month or the... when it happened. When it stopped being good. When Shirley Valentine disappeared, became just another name on the missin' persons' list.