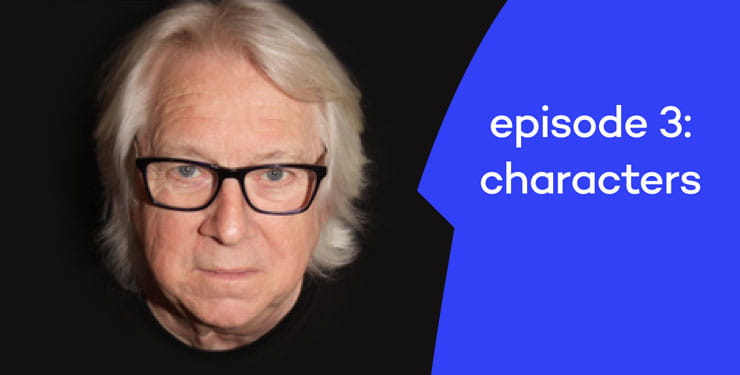 The first session was about the idea. Be clear what you want to write and see if you can write that idea down in a couple of sentences maximum.

The second session we talked about developing that idea, as well as touching on loglines and taglines as a way of keeping focused on the story you want to tell. It is so easy to veer off course and away from the central idea.

This session is concentrating on characters. So far you have a focused idea; you’ve expanded that idea with thoughts and notes and started to assemble some sort of story order. But no story is complete without interesting characters. Story is God, and characters are his or her support team.


CHARACTERS CAN MAKE OR BREAK A PIECE.

So at this stage we’re looking at the characters that feature prominently in your idea/story.

How do we go about creating a character? There are various ways.

Twenty years ago I created a spin-off drama from BBC One’s Casualty. It was eventually entitled Holby City. Originally, I wasn’t sure where in the hospital to set the spin-off, but I eventually settled on a cardiothoracic ward. I did some terrific research at Papworth in Cambridgeshire, where I came across a heart surgeon who I immediately knew I wanted to use in some form or other. He was theatrical, his team were devoted to him, and … he played classical music as he operated. Then I remembered an article in The Sunday Times I’d read years previously. It was about a heart surgeon called Magdi Habib Yacoub who had established the heart transplantation centre at Harefield Hospital and had subsequently performed the UK's first combined heart and lung transplant. I remembered how dedicated and passionate he was about his work and, like the surgeon in Papworth, how his team were devoted to him. So a character was born, called Anton Meyer, who was a mixture of these two men, plus a sprinkling of other characteristics. He was very different from any other character on TV and brilliantly played by George Irving. I maintain to this day it was this character that both surprised and delighted the critics and was responsible for the show’s success. A character can make that much difference to a piece.

Being consistent with my mantra of ‘There are no rules,’ I do not believe, like many others do, that you can create characters by just giving them a trait. There are many variations on this, but people talk about the hero, the romantic, the protagonist, the antagonist, the dynamic, the static, the foil, the fool and many more. There is a belief that you just choose a trait and there’s your character. I don’t believe characters are that simple; they are far more complex and complicated.

To try and create an interesting character I write each of them a biography, so I know all I can possibly know about them. Obvious things like age, size, sex, as well as where they were born, who are their parents, brothers, and sisters. What music do they like? Do they play sports, and if so, which one? Where did they grow up, what were they like at school, who were their best friends and what’s their relationship with those people? This might all sound very excessive, but believe me, when you start to actually write your piece of work, when you bring those characters into the mix, you will know exactly how to write them, how they react in any given circumstance. If they enter a room and there’s music on the radio, you will know if they like it or not, or know what their reaction is to a news bulletin, or football result. Of course, you’ll never use all this detail, but it’s always going to be there and will help you get inside their head. It’s also another piece in the jigsaw that will prevent you from getting writer’s block.

Three questions for you to mull over before the next session – they’re all about character:

Weekly assignment: Create the character biographies for at least 3 of your major characters. If you want to do more - don’t let me stop you. Stay well – stay safe.