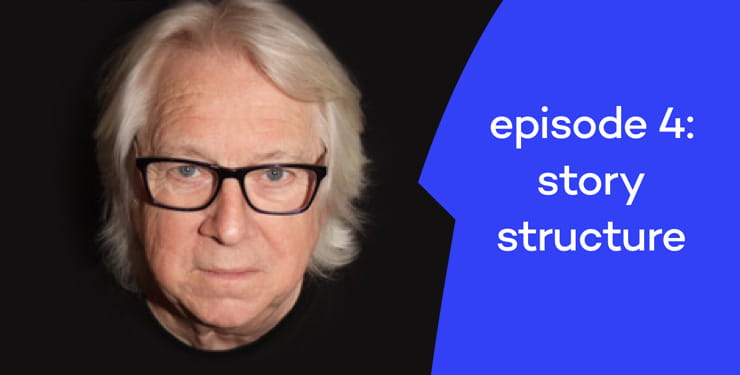 The beginning, the middle and the end

The time has come for you to nail your story down as much as you can. Now it's all about the art of storytelling.


When you mention story, inevitably someone will talk about structure, be it a play, a novel, a TV drama, a sitcom or a film. Then there’ll be lots of talk about inciting incidents, first reversals and mid points, plus loads of other jargon. And that’s what most of it is – just jargon. Most of these terms are just common sense.

There will also be debate about three act structures and five act structures… “Which is the best, which should you use?” - all a bit strange as virtually every modern-day play is written in a two-act structure. When I started writing I believed, as I still do, it was about practicality. Two hours was too long to have someone sit there without stretching their legs and getting a cup of tea. So, you gave them a break in the middle. It is more than probable that, originally, the act structure came about for practical reasons. Before electricity, stages were illuminated by candlelight and the first act was the time it took the candles to burn down. They would then have a break, while they changed the candles, and off they’d go again.

So, when I talk about structure, I simply think of the beginning, the middle and the end.

Basically, I’d encourage you not to get hooked into a superficial structure that will force you to write in a certain way. What works - works! Audience and readers don’t think about act structure, they just think about whether they’re enjoying the ride. If they want to know what happens next, you’re winning.

The Beginning – naturally you want something that hooks the reader or viewer in. Something that will make them want to know where the piece is going.

Plays and films have a captive audience. People generally don’t walk out of a film or play during the first twenty minutes unless they’re offended. So, the beginning doesn’t have to be a ‘wham bang thank you ma'am’ from the start. You’ve a little while in which to hook in the viewer.

TV is different. Because of the remote control, if you don’t capture the viewer in the first two or three minutes, they’ll be switching over to one of the other 50 plus channels. So, in TV you need to hit the ground running.

Books are different again. People will read the blurb on the dust cover and if they like what they read, then they’ll look at the first page. So there again you need to give them something that grabs their interest.

The Middle is where you develop the story. It’s where you develop the characters, where you add your plot twists and where you enthral an audience. The main thing is they have to want to know what happens next. How you do that differs from story to story. Whether it’s action-packed or a slow burn depends on what story you want to tell. People talk about formats and different forms, but again, I feel this will restrict you – it’s as if they have to control how that story is told. I want to be surprised; I don’t want to be presented with a system. Besides, even if a story has similar elements to another story, it doesn’t mean it has to be presented in exactly the same way. Bridget Jones's Diary is told through diaries and so is The Colour Purple, but they are completely different in tone, content and lay out. You wouldn’t ever compare them.

The important thing is to stay focused on what your story is. During the middle section it’s so easy to veer off course – KEEP FOCUSED.

The End – is of course where everything comes together. You will never satisfy everyone with your endings, but the main thing is you believe in it - it’s the ending you want to write. My only tip about the end is that when you start at the beginning, know where you’re going. Know what the end is. It will keep you focused and on the right track.

What I’m trying to steer you away from is the idea that there is a magic formula. There isn’t. There is no magic formula – trust me, if there were, we’d all be JK Rowling.

Planning well and staying focused are the two things I would ask you to concentrate on.

So now for this session’s trivia questions, which are all about the first lines of novels – you have to try and figure out what the novels are. Here are the three opening lines…

By now you should have the basis for a story and biographies for the major characters. We are slowly piecing together the puzzle. The next process is to turn those notes into a cohesive narrative, giving yourselves a clear beginning, middle and end, with plot twists and character development.

Weekly assignment: Write out your story in prose. This is basically a short story, or what in the film world is called a Treatment. This should be about ten to fifteen pages, but it can be any length you feel comfortable with. What we are doing is creating the basis for you to go off and write your book, film, play – whatever, so it needs to have that important beginning, middle and end, and also have an understanding of the main characters.

And remember the three rules: