Our health columnist, Dr Mark Porter, is one of the country’s best-known GPs. 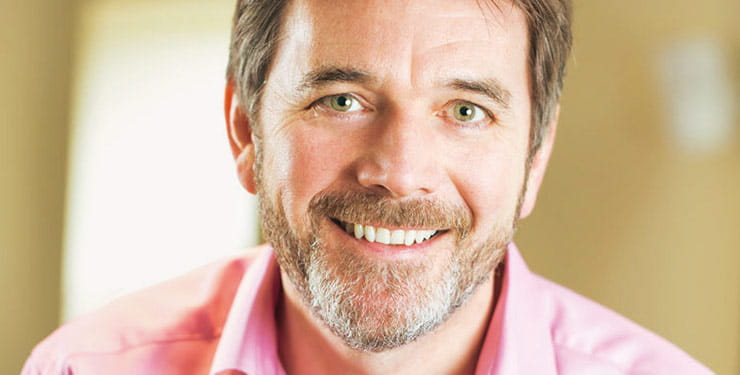 Q.  Like many people, I’m keen to reduce my carbon footprint, not least for the sake of my grandchildren who are likely to be the ones having to deal with the consequences of climate change. I use two aerosol inhalers every day for my asthma and a friend says they are terrible for the environment. Are there greener alternatives?

A.  Yes there are, and it’s an important issue I have touched on before. Aerosol metered dose inhalers (MDIs) like salbutamol (Ventolin), used to treat conditions like asthma, contain hydrofluorocarbon propellants that are potent greenhouse gases accounting for as much as 3% of the NHS’s total carbon emissions. The National Institute for Health and Care Excellence estimates that using one MDI like yours has a carbon footprint of around half a tonne (500kg) a year. A dry powder equivalent inhaler – which will work just as well for most people and sometimes better – produces just 20kg a year.

Historically around three quarters of all the millions of inhalers used in the UK were the aerosol MDI type (compared to just 10% in Sweden), but this proportion is falling as we switch to greener dry powder versions. And not before time. You can find more details at nice.org.uk/news/article/nice-encourages-use-of-greener-asthma-inhalers.

Inhalers aside, we can all help reduce the environmental impact of medication by tackling overprescribing, avoiding wastage (often caused by over ordering and/or drugs going out of date), safe disposal of unused medication and recycling where possible (ask your pharmacist). You can read how the NHS plans to do its bit for the environment here.

Q.  I have had quite a few nosebleeds recently, could it be a sign that I have high blood pressure?

A.  Nosebleeds are a common problem in older people and often caused by leaks from blood vessels that lie under the delicate membrane lining just inside the nostril in the midline, particularly if your nose is dry, crusty or sore. It’s something that can sometimes be helped by antibiotic ointments or, in more persistent cases, cautery under local anaesthetic.

However, there are lots of other possible causes ranging from a side-effect of ‘blood thinners’, such as aspirin and warfarin, to rare problems like growths in the sinuses. If you are having recurrent episodes, consult your GP.

Some studies suggest high blood pressure is more common in people who have nosebleeds, so it is worth checking, but if it is raised it’s more likely to be a coincidence rather than the cause.

Q.  I have been struggling for the past three years with an ‘upset stomach’, particularly at night. My specialist is very thorough – I have had lots of tests including a colonoscopy – and has referred me to an irritable bowel syndrome clinic. He said having my gallbladder out when I was younger may be aggravating the problem, but so far has only suggested a low-fat diet. Is there anything else I can try?

A.  As many as one in five people have loose bowels after having your type of surgery. The gallbladder stores bile and releases it after a meal to help your body digest fat. You still produce bile after it is removed but not in a coordinated fashion, meaning you can end up with higher than normal levels of fat and bile in the lower half of the bowel – both of which can trigger diarrhoea (bile acid diarrhoea or BAD).

Tell-tale signs suggestive of BAD include unusually coloured motions (green or yellow), loose stools that float and are difficult to flush away, and needing the loo during the night. All of which may be worse after a fatty meal.

A simple way to diagnose the problem is to prescribe a drug that mops up the excess bile salts to see if symptoms improve. One option is a granular product called colestyramine (Questran), which is mixed with water or other liquids and taken with meals. If the colestyramine helps it will need to be continued indefinitely to maintain any benefits.

I’m surprised the specialist has not suggested this – they normally do – which makes me wonder if it was thought that it wasn’t suitable for you. Still, it’s worth clarifying with your GP to see if they think it is worth a try pending your next appointment. In the meantime, stick to a low-fat diet as advised. Making breakfast and lunch the main meals of the day and only snacking in the evening might reduce the need to get up during the night.

Q.  I am lucky enough to have retired early and, now that I have more time, I am keen to do something to improve my fitness. I am 58 and otherwise well. What would you recommend for a man of my age?

A.  Start by aiming to build up to the bare minimum recommended, as most men don’t even manage that. Just one in four chaps your age meet the weekly guidelines of two-and-half hours’ moderate aerobic activity a week (75 minutes if vigorous), plus muscle-strengthening exercises at least two days a week.

My preferred aerobic activity is running, but many of my friends are into cycling. Whatever you choose, make sure it’s something you enjoy otherwise you won’t stick at it. However, while aerobic exercise is good for you, in recent years there has been increasing emphasis on maintaining and building strength, too. We should all aim to do strength work – anything from lifting weights, press-ups, lunges and squats, to active sports such as canoeing and climbing – at least twice a week. And the older you are the more you should do to combat the loss of muscle bulk that occurs after your forties.

Email drmark@saga.co.uk or write to Dr Mark Porter at Saga Magazine, Enbrook Park, Folkestone, Kent CT20 3SE. He can’t reply individually but will respond to queries in Saga Magazine. Always talk to your own GP.


Our health columnist, Dr Mark Porter, is one of the country’s best-known GPs.