Welcome back to my sixth #notgoingoutclub blog post, where we are still decidedly Not Going Out. Wow, it feels almost unbelievable that our lives have changed so dramatically in just a matter of weeks. It feels all too real when it comes to my hair though or, more specifically, my roots. Do you remember that brilliant eighties TV show The Mallens? It was based on the Catherine Cookson novels featuring Thomas Mallen, a ruthless Northumberland squire with a streak of white hair – I loved it.

Are you on Facebook? Come and join us here...

Well, now I have my very own “Mallen Streak” except it’s grey not white. I never thought it would be possible to miss my hairdresser so much. Fortunately I have the latest issue of Saga Magazine to distract me. It’s a bumper edition this month and I do hope those of you who subscribe enjoy it. And if you don’t subscribe yet, why not give us a try? You can subscribe here

This week we've tonnes of ideas and activities to help you pass the time. Thank you so, so much for all your contributions so far: please keep your emails coming to editor@saga.co.uk (write Not Going Out Club in the subject header). I really want to hear what you’ve been up to.

We’ve done our fair share of kitchen dancing in the past few weeks (you’d better count yourself lucky there were no cameras!). It has certainly proved one thing: despite being an avid Strictly fan over many years, I am no dancer. My brain doesn’t seem to connect to my feet.

However, reader Jenni Kravitz tells me it’s never too late to learn. She started her dance school in London aged 55 and is about to turn 69, so she should know! Since lockdown she and her staff have been working on a series of free video tutorials, which she promises even I will be able to follow. So far there’s a beginner’s cha-cha-cha class, with the rumba to be added this week and the jive and samba to follow soon. For couples, she has classes in the Viennese waltz, slow waltz and cha-cha-cha. Jenni says all you need is a small space with a smooth surface (she’s doing practice on her living room carpet). Check out the videos at www.simplydancingpartners.co.uk She’s also offering paid-for live lessons in Latin dancing (the first one is free).

I don’t think the Strictly producers are going to be hunting me down any time soon, but I’m going to make a start… you never know.

Has anyone noticed that the birds seem to be singing far more loudly this spring? I thought it was my imagination, or the particularly healthy lungs of Bedfordshire’s garden bird population. But sound recordings last week proved that the reduction in air and road traffic has resulted in a 10-decibel reduction in noise pollution, leaving birds centre stage.

That makes it a fantastic year to celebrate International Dawn Chorus Day on Sunday (3 May). Tom Hibbert from The Wildlife Trusts suggests setting your alarm for at least half an hour before dawn, which for me will be 5am. Or 4.55 if I make a much-needed fortifying coffee. Then he says just throw open the window or step into the garden and listen.

Some start just before sun rise. The skylark is one of the earliest, which is I guess why we say ‘up with the lark’. What I didn’t realise is that local bird species tend to join the dawn chorus in a set pattern every morning, and that it usually lasts about 40 minutes. Tom says to listen for the bold repetition of the song thrush, the clear bright trill of the robin, low and fluty blackbirds and chattering sparrows. And for its tiny size the wren, below, sure packs a punch. “There’s something uniquely thrilling about the clear, quiet air of an early morning,” he says. “We don’t often take the time to enjoy silence, to simply listen, alert for the first few notes, and then to immerse ourselves in a crescendo of beautiful, natural sound.”

But why do they sing so early? One theory is that there’s just enough light for males to spy rivals, so they sing to defend their territory. The dawn chorus peaks in May and lasts into July, when they’re too busy raising their families to wake us all up.

Listen here to The Wildlife Trusts’ guide to some of the stars of the dawn chorus. 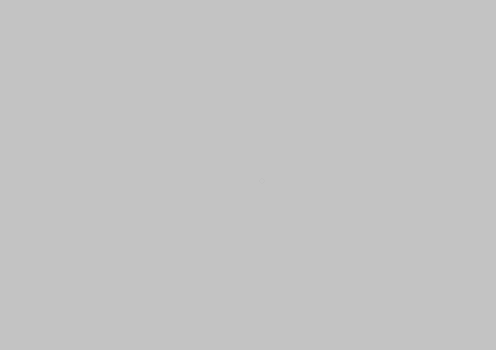 I don’t know about you but I’m really excited by the return of The Real Marigold Hotel on Thursday (30 April, BBC1, 9pm), in which eight celebrities muse on the ups and downs of life and road test retirement in India. This series has a really promising line-up: there’s Britt Ekland, cricket commentator Henry Blofeld and singer Barbara Dickson, alongside Dragons’ Den entrepreneur Duncan Bannatyne and fashion designer Dame Zandra Rhodes. Apparently not everyone gets on quite as well with their yoga as Duncan, and the traditional Indian Ayurvedic medicine session is more revealing than expected…

If you missed the first episode of Grayson’s Art Club last night (Mondays, Channel 4, 8pm) it’s well worth catching up on. I’m about as good an artist as I am a dancer, but Grayson Perry’s enthusiasm is infectious and by the end even I believed I could create art.

On the smaller box

Isn’t it odd to listen to The Archers these days? Borsetshire seems to be the only region in the entire world that remains untouched by coronavirus. Some find that refreshing and a much-needed break; others find it plain peculiar. I’m in the former camp, and if you are too you’d better enjoy the next few days as producers use up the last pre-recorded episodes. Of course, social distancing means they can’t record the show at the studio in the usual way, which has presented huge difficulties for the production team.

So from Sunday [3 May], we will get three weeks of old (sorry, archive!) episodes from the past two decades aired from Sunday to Thursday. There will be a theme each week: first, four important weddings and a funeral; second, key developments in the main characters’ lives and third, annual traditions in the Ambridge calendar like the Flower and Produce Show and Stir-up Sunday. Then from May 25, we’ll get the new episodes, which at the moment are being recorded remotely. That means instead of multiple characters chatting and interacting, we’ll get fewer characters in each episode and they’ll be sharing more of their private thoughts with listeners. “Whilst Coronavirus might be coming to Borsetshire, listeners can still expect The Archers to be an escape,” promises editor Jeremy Howe.

I find the radio provides a reassuring and familiar babble in the background, especially when I’m on my own. But it can’t beat hearing from a loved one. I’m sure we’re all talking more to friends and family on the phone at the moment. Reader Mrs P James has a simple but clever idea for keeping in touch in other ways: sending postcards to people who would otherwise feel lonely. She began sending her uncle postcards every two weeks after he lost his wife, which he told her really cheered him up. She suggests we do the same during lockdown with friends and relatives. “I know it can be difficult to write a letter, finding things to say, but just a few words are needed on a postcard,” she points out. “They’re cheap to buy and can be humorous, or could reflect the person’s interests. Then just pop one in the post box on your daily walk.”

If you’ve so far managed to avoid doing something ‘improving’ in lockdown, or perhaps if you’ve simply run out of dull-but-worthy jobs to do around the house, take a look at the Irish website Alison.com. It has thousands of free courses in everything from art history to digital photography and from music theory to Arabic or Spanish. You need to register, but courses are free (for that reason you’ll see the odd advert). Mind you, after several weeks of enforced idleness for my elderly car, I’m seriously considering the diesel engine basics course.

Rupert Hicks from Buckinghamshire made me chuckle when he pointed out that he’s ‘been’ to the theatre more often since lockdown than he ever managed when the theatres were open because of all the free online performances being launched. True, it’s not quite the same watching a show or concert on your tablet or computer, but as he points out – at least no one can tut when you unwrap a toffee. Two coming up this week that caught my eye are:

On Friday [1 May] it will be 180 years since the Penny Black postage stamp was launched. The world’s first adhesive stamp, it featured a profile of Queen Victoria and allowed letters of up to ½ oz to be delivered at a flat rate of one penny, irrespective of where they were going in the country. While it’s certainly an iconic stamp, it’s not exactly a rare one as nearly 69 million of them were printed, with many surviving to this day.

On that note, I am off now to write my friends postcards (it’s just a shame a stamp no longer costs a penny). And please do keep your emails coming, I’d love to hear what you’ve been up to.

Stay safe, stay positive and see you next week.

PS Here are the answers to last week’s quiz: