Paul Lewis is an award-winning financial journalist and broadcaster. 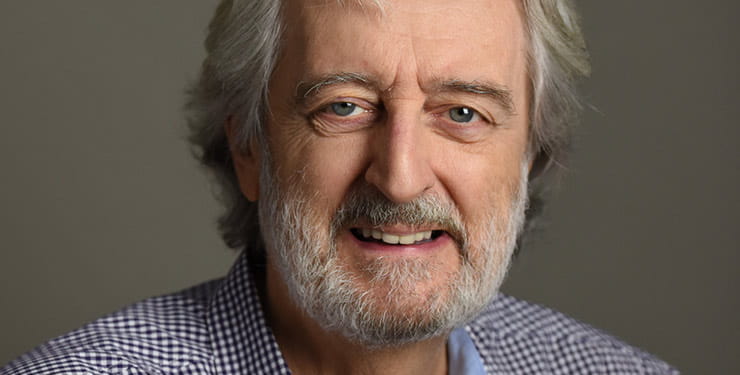 Be safe – never respond to any unexpected call, email, or text about a financial service.

Paper money and coins are becoming things of the past, a decline accelerated by the pandemic. Cash is still king to many, says Paul Lewis, but it’s increasingly harder to get.

Bank branches are closing, cash machines are disappearing, and shops and cafés are saying ‘card payments only’. Cash has never been under such threat since it began 2,600 years ago when the King of Lydia flattened pieces of gold and silver into small buttons and stamped a lion on them.

Many of us still love cash. That is not just because it is familiar. It also has a major use for those on limited incomes – it helps you budget. Many readers will remember the days when wages were paid in a small manila envelope with the notes folded so that the edges could be counted outside the seal, and the coins were visible through small holes so the contents could be checked before opening. That was your week’s money – so much for rent, so much for food, a bit put by for clothes. Then the rest had to last until the next Friday. If it had gone by Thursday morning you went without.

No other way of paying gives you such a simple updated balance of what is left. A plastic card may be lighter to carry and easier to use but it does not tell you how much there is in your account until you try to spend more than you have and face the embarrassment of the card being refused.

The UK is rapidly becoming a society that pays by card. The pandemic has given many businesses the excuse to refuse cash as unhygienic and insist everyone pays with a card – preferably contactless. The revolution has happened very quickly. It is only ten years since I explained in Saga Magazine how contactless cards worked. Then the limit was £15. Now it is £45 and later this year it will rise to £100.

In 2017 debit cards overtook cash as the most popular way to pay. In 2020 a quarter of all payments were contactless – nearly ten billion of them. At the same time cash payments have declined by 75%, from more than 20 billion in 2013 to barely five billion in 2020.

The changes have partly been driven by the banks. Not only do they save the cost of distributing, counting and keeping cash, they take a minuscule percentage of every card payment we make. On billions of pounds spent, that is a useful revenue stream.

Not everyone can use plastic. More than a million adults in the UK do not have a current account. For them cash is the only way. A similar number have their pensions and benefits paid direct into a Post Office Card Account, which they use to take the cash out at a post office. But that system will end in November. After that the only alternative will be what is called the ‘exception service’ to collect your money from a shop displaying the PayPoint symbol. Not everyone will be able or happy to do that.

Even those who have a bank account face problems. Because of the pandemic, visits to cash machines plummeted when the first lockdown began and even now are barely half what they were two years ago. So cash machines are being closed down – 10,000 have disappeared in the last two years. There is concern that the network of free access to our own money will no longer be viable. At the same time, banks are closing branches – more than 3,000 in the past five years, and the pandemic has provided an excuse to close them even more quickly as customers stay at home.

The problem of access to cash is becoming so serious that the Government has appointed ex-Financial Ombudsman Natalie Ceeney as a ‘cash czar’, whose job it is to ensure that those who need cash continue to have access to it.

One idea is that any shop will be able to give us cash from the till even if we do not buy anything. Shops that participate will let you use your debit card to take out any amount you want – including odd sums that cash machines do not allow. So if there is £18.32 left in your account you would be able to take that out exactly. Retailers will be paid a small fee for offering the service. You may even be able to order cash online, perhaps with your grocery delivery service, or just book an amount at a local shop which will guarantee to have the amount you need ready for you when you arrive.

All these ideas and more are being tried out in some towns and villages around the country by a programme called Community Access to Cash. It is supported by banks, consumer organisations and small businesses. The pilots are running this year and the ones that work should eventually be rolled out nationally, but that will take some time.

Meanwhile, remember that you can get cash from any post office with your debit card. And if you live in a remote community with shops but no free cash machine, you can contact LINK, which runs the network, and ask for one to be fitted.

My advice is that everyone should prepare for cash becoming harder to get and less easy to use, so open a current account with a bank for your pension to be paid into. Even if you have a poor credit record or have been bankrupt you should be able to get what is called a basic bank account. Once you have it, don’t be afraid to pay with a contactless debit card. If it is stolen or mislaid, your bank should bear any losses.

It really will make your life easier in the post-pandemic 21st century.


Paul Lewis is an award-winning financial journalist and broadcaster.